When my friend Daniel Guerrero asked if I was free to hike / run on Monday 9/23/2019, I was bit hesitant as I had just completed Cucamonga Peak on Sunday 9/22/2019.  I was a bit sore and had been sick for about 4 weeks with a cold/flu and still coughing up a storm.  I knew I had to get out there again as I had not been hiking for a while and everyone knows if you stop for a month, it is hard to get started again.  I proposed to Daniel, we hike up to Mount Baden-Powell and he found another mountain near there called Ross Mountain.  He wanted to hike to this one as well as it was one on his bucket list from a book he carries with him all the time.  I was not sure I was going to be able to hike to both peaks but told him if I felt good, I would join him for the second peak.  I amazingly enough felt very good Monday and was full of energy so we decided to hit up Ross Mountain after making it to Baden-Powell.  I believe I did well all the way to the second peak but going back I started feeling tired and mostly because it was an uphill climb again to Baden-Powell from Ross Mountain.  Overall, we climbed about 6,000 feet altogether doing these two peaks.  We started at 7:27 am and finished at 3:51 pm or about 8 hours and 24 minutes including all breaks and time spent on both peaks.  Overall I enjoyed this as I got to experience a new trail and new peak (Ross) which is not visited by many people.  I am looking forward to seeing all the finishers next Sunday at the Six-Pack of Peaks Finisher Party! 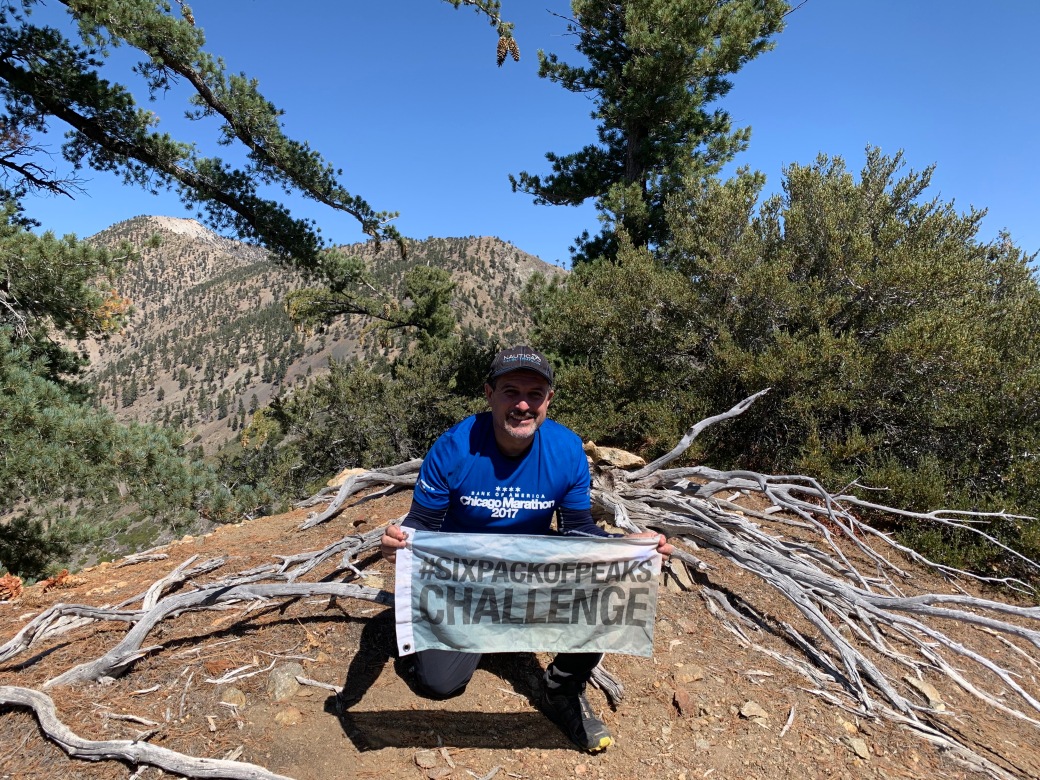